September 2021 has been set as the aim for the launch of mobile sports betting.

Connecticut Lottery officials have launched a bid for sports betting licenses in the state. Officials confirmed on Monday that they received 15 Requests for Qualifications (RFQs). The bid deadline for offering sports betting was last Friday.

The RFQ went out to “experienced sports betting providers for both online and retail sports betting services and systems.” The lottery issued it to the public on April 12.

Rob Simmelkjaer, who serves as Chairman of the Connecticut Lottery Corporation, said in a statement that he was pleased to see that there has been significant interest from businesses to partner with the CLC. These partnerships will bring online and retail wagering to the market. Now, the CLC will start the process of reviewing applicants and qualifications to ensure it engages with the right partner for this significant for the state.

The expectation is for the lottery to be sanctioned to run both online and in-person sports betting within the state through agreements with operators and vendors that have passed the due diligence and signed agreements with the state. It continues from an agreement achieved in March between Connecticut Governor Ned Lamont and the leaders of the state’s two Indian tribes. The Mashantucket Pequots, who partnered with DraftKings and the Mohegans, partnered with Kambi.

The tribal partners sport betting tax rate has been set at 13.75%. However, the lottery partner’s rate has been built into the bidding process.

“The confidential manner of the RFQ plus the requirement of legislation from the Connecticut General Assembly means the CLC will not be announcing any more information.” officials from the CLC commented.

FanDuel, however, seems to be the only question mark now. Its main rival, DraftKings, has already taken a leading role across several U.S. states where gambling is legal.

Leading operators from the U.S. and around the world are expected to be amongst the 15 applicants. Prestige names on the list of applicants are expected to include William Hill, Penn National/Barstool and BetMGM.

According to the RFQ, retail locations may be rented or owned by third parties or by the operating company itself.

Bridgeport and Hartford are expected to have two of the more prominent retail locations. Other locations could be based within existing off-track-betting (OTB) venues, and there are also plans for retail points to be based within lottery-licensed premises. Physical retail sportsbook points that are licensed by the state will include windows staffed by trained employees, self-service betting kiosks and a mix of both.

The aim is to have sports betting retail spots that are first-class entertainment venues, providing great locations and atmosphere.

Next Steps for Connecticut Sports Betting

Connecticut lottery officials will begin this week with the review process of potential operator responses. The next step will be selecting some operators applicants for video presentations. Although these video presentations may happen within the near future, even approved partners will need to wait for the Connecticut state legislature and state Governor Ned Lamont to finalize the legalization of sports betting.

The current CLC timeline estimates that legal sports wagering to be available by early June, which is the end of the current legislative session.

Milestones to Accomplish for the Conn Betting Release

A few significant milestones must be accomplished before legal sports wagering can launch in Connecticut. Although there are several more, the main ones include:

Governor Lamont has said that the objective would be a target launch by September 2021.

Bidding operators active in other states have been asked for details on market share in each other U.S. state and an update on other states that approved them, but similar to Connecticut, the state legislator has not finalized the rules yet.

Interestingly, the RFQ indicates that Connecticut is particularly interested in New York, New Jersey, Rhode Island, Pennsylvania, Massachusetts. There have also been a few states that, as an experiment, have allowed local, smaller operations to apply. In some cases, these smaller operations have even been approved. However, from a close look at the REQ, it appears that the Connecticut Lottery is more likely to select well-known brands to partner with. 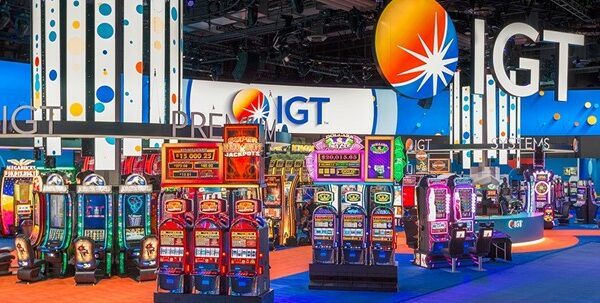